On the site of the former St Ebbas Hospital Colony and Asylum, a number of the historic buildings were retained and converted, with the remainder of the brownfield site re-energised with modern high specification housing.

Over a period of three years, more than 320 new dwelling were constructed in a joint venture between Crest Nicholson & Linden Homes, with emphasis on Local collaboration throughout the Planning Process.

The development was one of a number of similar regeneration sites, known as the Epsom Cluster, many of which we assisted in the design & development for a series of National Housing Developers.

With the Development shared by two developers, the Civil Engineering design had to meet the aspirations and specifications of each Developer, whilst ensuring a coordinated and aesthetic end product.

With the retention of many historic buildings and mature trees, the detailing of levels was paramount to ensuring the final development sat well in the landscape.

The Section 106 Agreement for the development required a series of off-site highway works to promote pedestrian and cycle movement, as well as local equestrian needs.

On-site design of a joint Suds Attenuation scheme, utilising a major swale and attenuation basins to limit discharge rates from the site.

Provision of Bus Movement through the site.

Modification & rejuvenation of existing roadways and access points to third party properties around the development.

Speak To Withers Design About Our Infrastructure Design Services 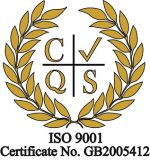